It has been a successful season for the Year 9 Walton High (Walnut Tree) Netball Team.  Our squad this year has been made up of:  Emily, Imogen, Bridget, Phoebe, Sophie, Holly, Alex, Lizzie, Holly, Divya, Zoya, Jenny and Connie.

The squad have worked hard all season and played with determination and skill to secure these victories.  All members of the team have improved as the season has progressed and the teamwork shown by all girls has been fantastic.

Thank you to Miss Watson-Green for all her hard work this season. We can’t wait to do it all again in Year 10! 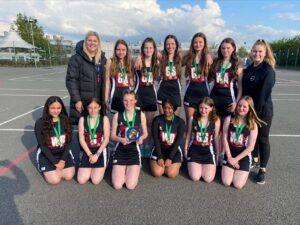 The Big Read and Readathon 2022

Book a free taster lesson at our Yamaha Music Point